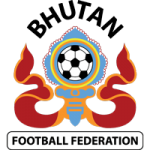 Football was not among the traditional sports of Bhutan. When the modern education system was first setup in the country in the early 1950s, football was introduced in schools as a part of the sports curriculum. From the schools, football spread to the public gaining rapidly in popularity to rival archery, Bhutans national game, as a pre-eminent spectator sport to gain ground in its appeal to the people.

As football spread in the country, local and district level football associations began to sprout and grow in numbers and various local and regional tournaments began to be organized on a regular basis. In 1960s the first national football governing body known as Bhutan Football Association BFA was formed and affiliated to the National Sports Association of Bhutan, the then apex sports authority in the country. Members of BFA comprised all Football clubs and associations. The formation of BFA gave impetus to more systematic organization of the sports in the country. Football championship tournaments at the national level were started. Teams form the country also started participating in international football competitions in the regions.

In 1983, BFA was succeeded by the Bhutan Football Federation BFF as the supreme national football governing body. Since its establishment, BFF has brought changes to the structure of the football organization in the country and initiated many programmes for the improvement of the sport.

BFF is a member of FIFA and AFC. It is also affiliated to Bhutan Olympic Committee, the overall sport’s governing body in the country.